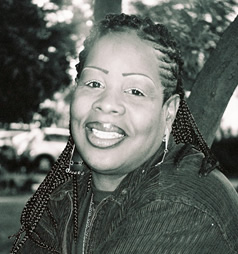 The Intergenerational Success Story of Cassandra and Shareika

31 Jan 2016 – Cassandra Julian is an important part of Free At Last’s everyday operations. As a Women’s Residential Counselor, she directly impacts and motivates women currently part of FAL’s treatment programs. She is an inspiration to the residents, to her children, to her grandchildren and to our community as a whole. Today, Cassandra is happy and at peace. But, it was not always the case.

Two decades ago, she was in the thick of substance abuse. “I lied, stole and cheated to get what I wanted.” She says referring to that time period.

She went in and out of jail. In moments of clarity she made promises to her family that she would get better and that they would be together. But in reality, she was consumed by the fear that there was no redemption from the bad choices she had already made. This returned her over and over again to the false yet familiar reassurances of the drug. As this went on, her two younger boys were taken by the foster care system and her daughter began living with Cassandra’s mother. The disease had wrecked havoc on her life and her family, providing only temporary relief before bringing her crashing down to a reality marked by estrangement, painful isolation and hopelessness.

The event that finally shook Cassandra out of this cycle and towards seeking help was the threat of losing all parental rights to her daughter and two sons if she didn’t. The possibility that her children could be forever lost to her struck her hard. “I had (nearly) lost everything before I entered treatment (at FAL) back in March of ‘98.” She recollects.

Over time, during and since attending the FAL program, Cassandra has rebuilt her family and her life bit by bit. Now more than ever, she understands what her mother had meant when she had said “I just want my daughter back.” Today she is back, she is present and she is respected by the very community she had once harmed.

When asked about FAL, she says, without hesitation, that she is a mother, a daughter, a grandmother, an aunt, a wife and a friend because of FAL. “I thank FAL for showing me how to live, for not giving up on me, for telling me and helping me believe that I am somebody.” This gratitude resonates through her every day work at FAL. When asked what advice she had for those struggling with substance abuse, she had this to say:

“(You may think) that your struggle is different from mine and (that) this can’t happen to you; I’m here to tell you that’s a lie. There is goodness in all of us, we just have to be willing to change.” 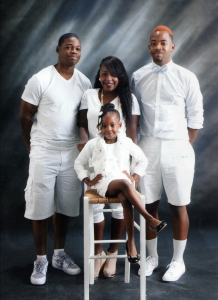 Cassandra’s impact does not end with her work at FAL. Through the years, she has inspired her daughter, Shareika Robinson to contribute to FAL as well. As a mentor at the Women’s Residential Program, Shareika provides the much needed perspective of the child of a former addict. A mother herself, she connects with the residents on many levels. As an employee of the Special Education Department in Ravenswood School District and as a student pursuing her Masters in Education to become a Language/Arts teacher, Shareika is a beacon of success that helps reassure residents that hope for their children is far from lost. Her presence and her perspective help the residents grapple with their life decisions and the harm they may have brought to others through their substance abuse. This is an integral part of recovery that Cassandra and Shareika are very familiar with.

When asked about her mother, Shareika acknowledges Cassandra’s past ordeals and shares her admiration for her mother. “My mother’s struggles molded her into a beautiful human being who taught me so much through the years.” When asked about FAL, Shareika tells us with infectious optimism that “Free At Last gave me my mother back and I hope to help give many more mothers back.”

Thank you, Cassandra and Shareika, for sharing your successes and for all your efforts at FAL.