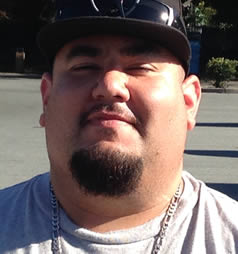 A man of few words, Ignacio works at the local Trader Joe’s. He works day in and day out moving, stacking, planning and organizing merchandise during his night shift. He complains little about his job even when it leaves him exhausted with an upside down sleep schedule.

Over eight years ago, he started working at Trader Joe’s. At that point, it had been less than a year after his recovery from crystal meth addiction – an uninterrupted torment that had ailed him for nearly a decade. So he does not mind the hours or the manual labor. With consistent, unwavering support from his family and with a date set for his wedding, Ignacio is happier and more optimistic than he has ever been.

His life today is very different from his life a decade ago. Living in cars, getting high, feeling abandoned and lonely when he was not high – that was his life then. As he puts it, he had “lived his life in an extremely unhappy way,”

It took a lot to make his second attempt successful. In addition to the the immense family support, the numerous family ties and the lessons learned from the failed previous attempt, it was the threat of prison that finally tipped the balance. Once Ignacio did reach Free At Last (FAL), he realized what he had always known deep inside – he did not want the life of an addict.

Since working through the FAL program he has made consistent progress. Today he eagerly looks forward to marriage, family, higher education and home ownership. Best of luck, Ignacio. We will always be cheering you along!