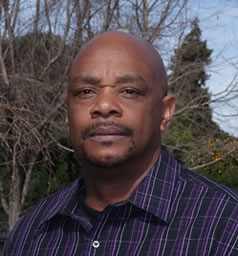 1 Feb 2016 – Toris, born 1963, is a long time EPA resident and a men’s residential program mentor at FAL. He came of age during an era of change – the 70s. On a sunny but surprisingly cold day I sat down to speak with him. As he shared his life story I marveled at the depths of his struggles and the long way he has come to making an addiction-free, optimistic life for himself.

Until the age of 13 Toris grew up as part of a large family with his mother, his sister, his grandmother, his several aunts, uncles and cousins as part of his daily life. Until that age, his exposure to drugs was limited to marijuana and alcohol. Although harmful to a child’s constitution, these experiments did not mitigate his inclination towards sports. Had his life remained stable at this point, with his mother’s constant love and care, his struggles with addiction may have never surfaced.

However, the summer of ‘77, Toris bore witness to his mother’s act of self defense against an abusive boyfriend. The trauma of witnessing his mother holding a bloody knife would have, in itself, been a lot to deal with. So, when he was subsequently separated from his mother, his internal strife must have only intensified. Everything after that happened quickly. His mother was on trial and he was sent off to live with his Uncle’s family in San Jose. As his life was being overhauled, there was no one with whom he could share his anxieties, fears, insecurities and vulnerabilities – neither a family member nor a counselor. His previously “cool” uncle had now turned into a strict regimented person that he could no longer identify with. In no time, Toris ran away from home. Then while wrought with unresolved emotions and feeling little support in life, he began living with a friend. It was at this time that he first tried a drug that is illegal in all 50 states and had his first brush with law. He tried lovely – weed laced with PCP. During this trip, he broke into someone’s house and that got him sentenced to juvenile prison.

This sentencing catapulted him deeper into vulnerable territory without his mother. The sentence was revoked under the condition that he move from the San Francisco Bay Area to his father’s place on a farm on the outskirts of Oklahoma City. Soon he was sent away to a new unfamiliar place to live an unfamiliar life under the dictates of an unfamiliar person. “He believed what he believed. It was his way or the highway.” Toris says, recollecting his father’s approach to him.

His stay with his father was brief. Toris moved out of the farm and to Oklahoma City. He alternated between living with his paternal Uncle and living on his own. It is during this time of emotional strife that he began experimenting with more drugs – acid, PCP, lovely – and with selling drugs at school. The money he made financed his habit.

Still just in his teens, his problems escalated further when his mother was released from prison but his father forbade him from returning home. Out of frustration and rebellion, Toris started to rob on a regular basis, convincing himself that it was to save money for his return.  And yet, the money he made often went towards instant gratification – cars, clothes and drugs – but not a bus ticket home. This was the start of the internal conflict between his real desires and the compulsion of drugs. His accumulating emotional struggles with the state of his life only catalyzed this conflict by returning him over and over to the temporary relief of highly addictive drugs.

During this time, he made and lost a precious friendship that he recollects fondly even to this day. He had met a friend and well wisher that listened to him patiently. One that he could open up to. One that he, for some reason, often took advice from and listened to. Under her influence, he had quit doing drugs, he stopped selling, found a job at a fast food restaurant and began saving up to return to his mother in California. If her influence had sustained, Toris may have never seen the dimmest parts of life. But a single PCP laden trip to her place, conducted under the influence of a cousin, dissolved the friendship instantly. It took away all hopes of a new way of life for a long time to come.

This emotional jolt sent Toris promptly back to California along with his cousin. There he learned of his grandmother’s passing. The life of his early teens must have seemed unrecoverable at the point. Without a job, he soon returned to his familiar occupation – robberies. His gas station robbery MO caught up with him and he was sent to prison. This time unlike the time before, he was too old for juvenile prison. It was 1984. Toris was just 21 and yet he was imprisoned with the seasoned criminals of that time. During his stay, for the first time in his life, he was introduced to even harder drugs – cocaine and heroin. The former appealed little to him but the pull of the latter was incredible.

Over the next eight years, Toris was in and out of prison, selling drugs, robbing and mugging to aid his heroin habit. His internal strife had led him to this point, but now the hold of heroin was hard to escape. He had brief stints of sobriety, but the prevalence of drugs in his neighborhood and in his social circles made it easy for him to turn the slightest inclination into an indulgence. Access to drugs within prisons allowed him to continue his habit uninterrupted. Throughout this time, his mother remained his ardent supporter. But the more she reached for him, the more he saw how much his state pained her and the more he returned to the soothing nod of heroin. The battle between his desire for a good life and the power of the drug had turned to a gruesome war within him.

His lowest low occurred in 1994, when just a few days after his release from prison he stabbed a man. He was loaded on Janet Juice, Heroine and weed. In that moment, given this opponent’s violent history, he had seen it as “him or me” situation. But when he thinks back to it now, his eyes fill with tears. “I play it back. I play it back. I don’t know where to go with it.” He says. The man’s death along with Toris’ many priors resulted in a 11 year sentence in prison. This took him away from family yet again.

The first ten of the eleven years, like most other times in prison, flew by in a haze of drug use. But in the last year, Toris received support and encouragement from an unlikely source – a fellow inmate serving life in prison. Thanks to this well-wisher’s advice, he quit relying on drugs and turned to rigorous physical exercise. Upon release he took on a job, began saving up money and stayed clean.

His motivation was, however, overrun by circumstances that tempted him with weed. When he indulged in weed, however, he began craving heroin. Soon Toris was back to using drugs despite the constant promises he made to his mother about staying out of prison and off drugs. He did not know it then, but this would be his last return to drugs.

His final pivoting point, however, came at a cruel price. Any new brush with the law could have sent Toris to prison without parole and his mother worried for him. Soon he was charged with possession but he decided to fight it as best possible. “I am not going back.” He had promised his mother. During this trial, his already sick mother finally caved to cancer. With this emotional blow he first went deeper into drug use, but soon found, in his moments of clarity, that he had little desire to inhabit the world of drugs. He just wanted to learn how to quit them. Despite losing the possession case, his change of heart was aided by a parole officer that turned him away from prison and towards a rehabilitation program. That is when he first came to FAL, a local organization he was aware of, but whose doors he had never walked through.

Through two marriages, one child, many acquaintances and friendships, Toris had not found the discipline and empathy he needed to stay clean and make a better life for himself. At a time when he most desired it, Free At Last showed him a path out of his struggle – one that carefully took him step by step through the most vulnerable stages of his life without letting the sense of isolation and unfamiliarity possess him. “Clean since March 29th, 2011” Toris shares with his eyes gleaming with pride.

Now he is a father once more. He is an upstanding citizen bringing his experiences and insight to his work at FAL’s Men’s Residential Program. “I wasn’t a father to my oldest daughter. God is funny, God gave me a reprieve to be a father again.” He smiles, with eyes of a person that understands the values of hope, health and family.

Thank you, Toris, for sharing your success and for all your efforts at FAL.